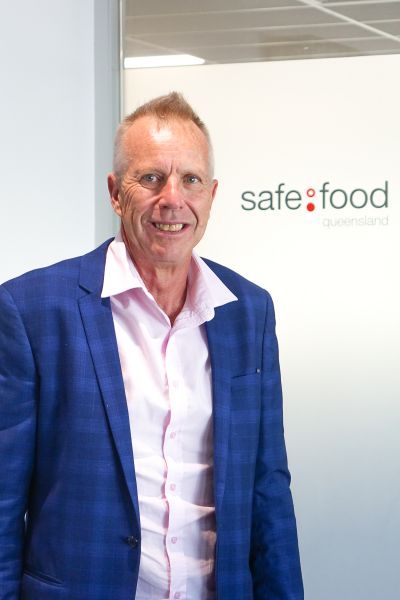 Mr. Dodds brings a wealth of experience in food safety and public health to Safe Food. He has spent the past 15 years working for the Department of Health Western Australia in numerous positions. Most recently, he served as Director for the Environmental Health Directorate, overseeing the delivery of all its programs and leading the implementation of the Public Health and subordinate legislation for the Government. Prior to this, Mr. Dodds served as Program Advisor in Environmental Health for the Secretariat of South Pacific Community in Noumea.

Mr. Dodd’s originally hails from Brisbane, Queensland, having previously served as the Director of Strategy and Environment for the Beaudesert Shire Council and Manager of the Environment Health Unit for Queensland Health.

His qualifications include a Master of Engineering Science and a Graduate Diploma in Occupational Health and Safety.

“Jim’s extensive experience in senior leadership roles and in the national food regulation system, including as a member of the Australia and New Zealand Food Regulation Standing Committee, make him the ideal candidate to lead Safe Food into the future,” said Ms. Homer. “I am confident that Jim will continue to build Safe Food’s legacy as an agency committed to helping our industries in Queensland sustain food safety standards and embrace a strong food safety culture.”

Mr. Dodds recently relocated from Perth to Brisbane to assume the position of CEO.

“For many years, Safe Food has been nationally and internationally recognised as an innovative leader in the food regulatory system,” said Mr. Dodds. “I look forward to being able to carry forward the fantastic work of this agency in expanding and enhancing opportunities for food businesses in the primary sector.”

Mr. Dodds has been appointed as CEO by the Governor in Council for a period of five years and commenced his position on 4 March 2019.

Latest from the blog

Can you tell if food is off by sniffing it?

Is your nose the best barometer for food safety? It’s safe to say that practically all of us have sniffed the leftovers from the fridge in an effort to find out if it’s safe to eat.

Safe Food's closure over the holidays

Safe Food Production Queensland will be closed for the Christmas period, reopening on Tuesday 4 January 2022.